Welcome back, 809. After a long absence it looks like we’re on the verge of doing in person training once again. So, make sure your hair is cut, your uniform fits and your boots are polished cause here we go.

So,  as always, here are some important dates in history for this week (and also from earlier this past summer):

(From the Canadian Armed Forces facebook page)
September 11, 2001 will always be remembered as a day of tragedy, which claimed nearly 3,000 lives, including 24 Canadians. But it was also a day when Canadians demonstrated the kindness, generosity and resilience of the human spirit.
In the aftermath of the deadly attacks, Canada activated Operation Yellow Ribbon to divert flights and clear the airspace throughout Canada.
The town of Gander, Newfoundland, was a key part of the efforts. Thirty-eight flights and nearly 6,600 passengers were diverted to 9 Wing Gander, which handled security, transportation, telecommunications, and the unloading of aircraft. Meanwhile, Residents of the town also jumped into action and helped in any way they could. They donated food, provided bedding, created shelters, and even welcomed passengers into their homes.
In 2016, New Yorkers thanked the residents of Gander for their help and gifted the town with a piece of steel from the World Trade Center’s south tower. Passengers also donated their mementos from Gander to the 9/11 Memorial and Museum.
20 years after 9/11 – #WeRemember. We will #NeverForget

“Never in the field of human conflict was so much owed by so many to so few” – Winston Churchill, Prime Minister of Great Britain, 20 August, 1940

Every year, on the third Sunday of September,  the RCAF celebrates Battle of Britain Sunday to commemorate the victory over the Luftwaffe in the skies of England.    We also recognize the loss of Canadian lives during the conflict.     It was a great moment for our Air Force.

More information regarding the origins of the Battle of Britain ceremony can be found at this link:

The origins of the Battle of Britain ceremony – Skies Mag

809 Sqn would like to welcome Air Force Brigadier-General Jamie Spieser-Blanchet as the new commander of the Cadets and Junior Canadian Rangers.  General Spieser-Blanchet assumed command on June 30, 2021 from outgoing commander, Navy Commodore Josee Kurtz.  To Commodore Kurtz, good luck in your new assignment as  Commandant and Vice-Chancellor of Royal Military College of Canada (RMC).

That’s all for this week.   For the instructors, see you all virtually on Wednesday.    For everyone else, I hope to see you during your uniform exchanges.

(Manfred von) Richthofen received a fatal wound just after 11:00 am on 21 April 1918 while flying over Morlancourt Ridge near the Somme River, 49°56′0.60″N 2°32′43.71″E. At the time, he had been pursuing, at very low altitude, a Sopwith Camel piloted by novice Canadian pilot Lieutenant Wilfrid “Wop” May of No. 209 Squadron, Royal Air Force. May had just fired on the Red Baron’s cousin Lt. Wolfram von Richthofen. On seeing his cousin being attacked, Manfred flew to his rescue and fired on May, causing him to pull away. Richthofen pursued May across the Somme. The Baron was spotted and briefly attacked by a Camel piloted by May’s school friend and flight commander, Canadian Captain Arthur “Roy” Brown. Brown had to dive steeply at very high speed to intervene, and then had to climb steeply to avoid hitting the ground. Richthofen turned to avoid this attack, and then resumed his pursuit of May.

It was almost certainly during this final stage in his pursuit of May that a single .303 bullet[f] hit Richthofen though the chest, severely damaging his heart and lungs; it would have killed Richthofen in less than a minute. His aircraft stalled and went into a steep dive at 49°55′56″N 2°32′16″E in a field on a hill near the Bray-Corbie road, just north of the village of Vaux-sur-Somme, in a sector defended by the Australian Imperial Force (AIF). The aircraft bounced heavily, and the undercarriage collapsed and fuel tank were smashed, before the aircraft skidded to a stop.[59] Several witnesses, including Gunner George Ridgway, reached the crashed plane and found Richthofen already dead, and his face slammed into the butts of his machine guns, creating contusions on his nose and face.

No. 3 Squadron, Australian Flying Corps was the nearest Allied air unit and assumed responsibility for the Baron’s remains.

His Fokker Dr.I 425/17 was soon taken apart by souvenir hunters.

In 2009, Richthofen’s death certificate was found in the archives in Ostrów Wielkopolski, Poland. He had briefly been stationed in Ostrów before going to war, as it was part of Germany until the end of World War I. The document is a one-page, handwritten form in a 1918 registry book of deaths. It misspells Richthofen’s name as “Richthoven” and simply states that he had “died 21 April 1918, from wounds sustained in combat”.

For more information, feel free to visit this link:
https://en.wikipedia.org/wiki/Manfred_von_Richthofen

It is with sadness that I must announce yesterday afternoon’s passing of Capt Brian Howard, CD. Capt Howard was 809 Newark’s seventh Commanding Officer, serving in the role from 1987 to 1991. His contribution to our squadron has already been commemorated by the Captain Brian Howard Memorial Award for Squadron Warrant Officer and his ongoing commitment to the entire Niagara Air Group will not soon be forgotten.

The experiences that we pass to others are what make us immortal. Thank you for being a friend to all of us, Brian. 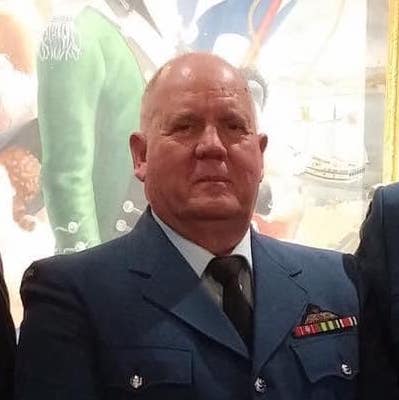 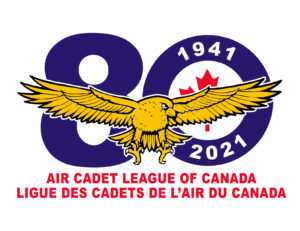 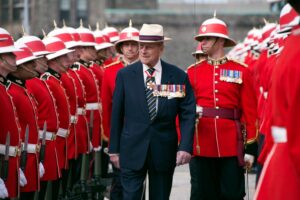 Hi everyone,
Passing along sad news. Prince Philip, Queen Elizabeth’s husband & the Duke of Edinburgh, passed away this morning, peacefully at Windsor Castle. He was 99. Prince Philip was a large supporter of youth programs and established the Duke of Edinburgh Awards, a program which a lot of cadets, including myself, have participated in. Follow this link for more information.

This Friday marks the 104th anniversary of the battle of Vimy Ridge. This battle is of major significance to our country as it marks the first time all Canadian divisions, made up of Canadian soldiers from all across our country, fought together as one army. Vimy Ridge was secured from the German 6th Army by Canadian soldiers after 4 days of fighting which came to its conclusion in the evening of April 12. This battle is widely regarded to symbolize Canada’s coming of age as it’s own country. There were 10,602 Canadian casualties (3598 soldiers killed and 7004 wounded).

809 Sqn visited Vimy Ridge in France on 2 occasions. Here are some photos from the visit in October, 2017. 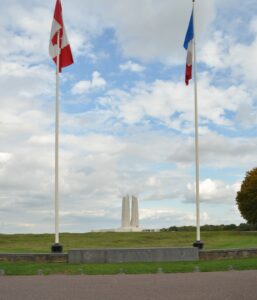 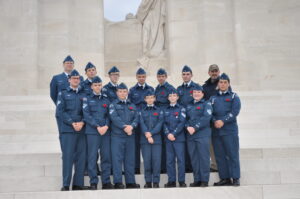 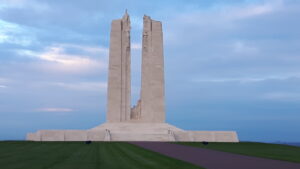 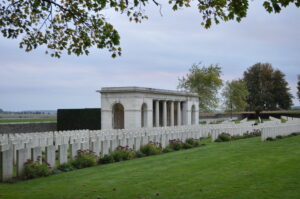 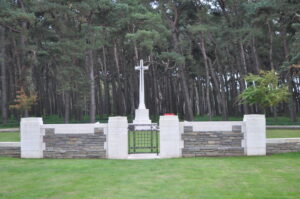 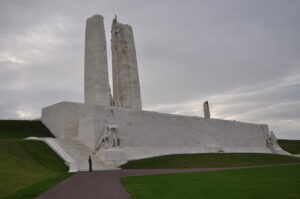 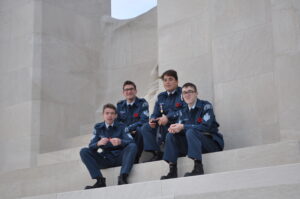 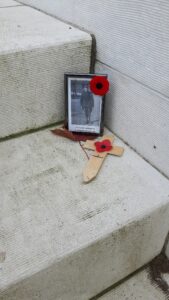 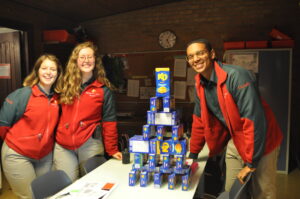 We brought KD for the staff. They seemed to be grateful 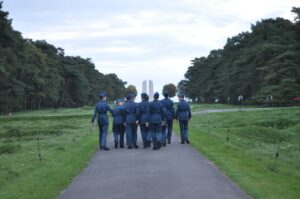 For more information on the battle of Vimy Ridge and our significant WW1 victory, feel free to follow this link. 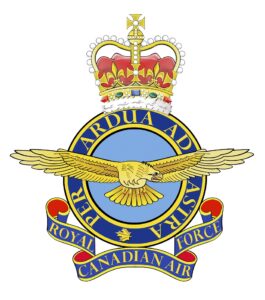 April 1st, 1924 – The RCAF was born. Can’t believe I missed that one. Happy 97th Birthday RCAF. You look good for your age

USAF General Chuck Yeager, the first person to break the sound barrier, passes away at 97 on Monday, December 7.

Two years ago, 2018, marked the 100th anniversary of the end of WW1.  The History Channel put together the following video to remember our brave soldiers on Remembrance Day.

From Harjit Sajjan, the Minister of National Defence, and the Canadian Armed Forces, a message for teens grade 7 to 12 regarding Remembrance Day. Check out additional videos in the series, with speeches from serving Canadian Armed Forces members for all age groups. #CanadaRemembers